Oliasoft is a Norwegian software company aiming to enable the oil and gas industry to follow the machine learning and automation evolution to become more efficient, safer, and cleaner. In a few years, Oliasoft has managed to establish itself within several large and competitive markets.

“Oliasoft both confirms and consolidates the competitive advantage the Norwegian subcontractor industry has gained over the recent decades in the oil and gas industry. A competitive advantage that is very important to exploit commercially heading towards a more renewable energy industry,” says Bjørn Aage Seem Holmen, senior adviser at Innovation Norway.

Read the original version of the article here (external link in Norwegian):

The Oslo-based  company, which was formed in 2015, is currently established with customers and users in Europe, North and South America, Asia and Australia.

The company uses digital technology to automate the well planning workflow. Their product, which is an Integrated Cloud Engineering (ICE) platform, is the first tool that incorporates all parts of the planning process and provides a unique flow of real-time data. This simplifies the work of building safe and efficient well construction systems.

“Norway is a world-leading nation in oil and gas technology, and this gives Norway a global competitive advantage,” says André Backen, CEO of Oliasoft.

The corona situation has resulted in lower activity than expected for the company. This autumn Oliasoft received NOK 4 million in extraordinary innovation grants from Innovation Norway to maintain progress in development of the corrosion module. The module will calculate how various liquids and gases cause wear on the steel pipes.

Backen stresses that capital-intensive and long-term processes often take place in the industry, and that customers’ willingness to pay often is absent until the product is finished.

«Financial support from these instruments is invaluable when expanding into new markets and at the same time being able to create value in Norway. The opportunity to enter almost closed environments has also been very important”.

He refers to Innovation Norway’s export program Global Growth and participation in the programs aimed at the USA and Brazil in 2018 and 2019. As a result of the program, Oliasoft established contact with large energy companies which in turn has resulted in important long-term agreements with Shell and Chevron.

“It often takes time before Americans gain trust to foreign companies, and this was a great way to introduce ourselves and make new contacts”, concludes Backen.

Gains for the environment and sustainability

Well optimization has been carried out in the oil and gas industry for a long time but is also used in renewable energy. Oliasoft’s solution has potential for alternative application areas and is primarily intended for testing on energy wells for the utilization of thermal energy.

Capturing and storing carbon under the seabed may also be a relevant development area. The Government’s ‘Longship’ project includes the transport and storage project ‘Northern Lights’ which is a collaborative project between Equinor, Shell and Total. This is a milestone for industrial and climate initiatives and paves the way for new technologies.

Backen praises the research communities; Institute for Energy Technology (IFE) at Kjeller, NORCE and SINTEF, which contributes with leading international research. The results will increase the companies’ ability to adapt to the energy sector’s transition from fossil to renewable, and the CO2 footprint from oil and gas production will be sharply reduced.

The article is originally made by Innovation Norway and is one of their customer stories. Translated into English by Oliasoft.

Oliasoft has received the following services from Innovation Norway:

IN offices that have been contributors to Oliasoft in the process: 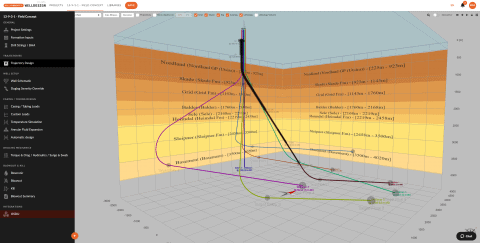 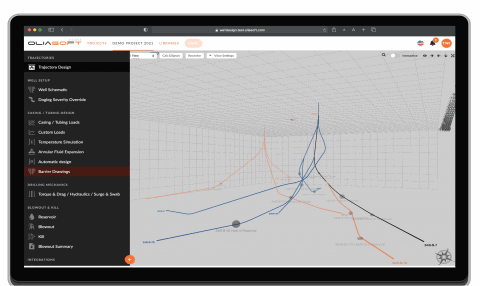